In electronics, a multiplexer, also called a ‘mux’ or a ‘data selector’, is a device that selects between several analog or digital input signals and forwards the selected input to a single output line. The selection is directed at a separate set of digital inputs known as select lines.’ *1

In simpler terms, a multiplexer is a device that allows for multiple connections of inputs to one output. In RFID systems, multiplexers are most often called ‘Antenna Hubs’ and can be an integral part of a system to dramatically increase the size of a read area while simultaneously cutting costs. Below is an example system with an RFID Antenna Hub. 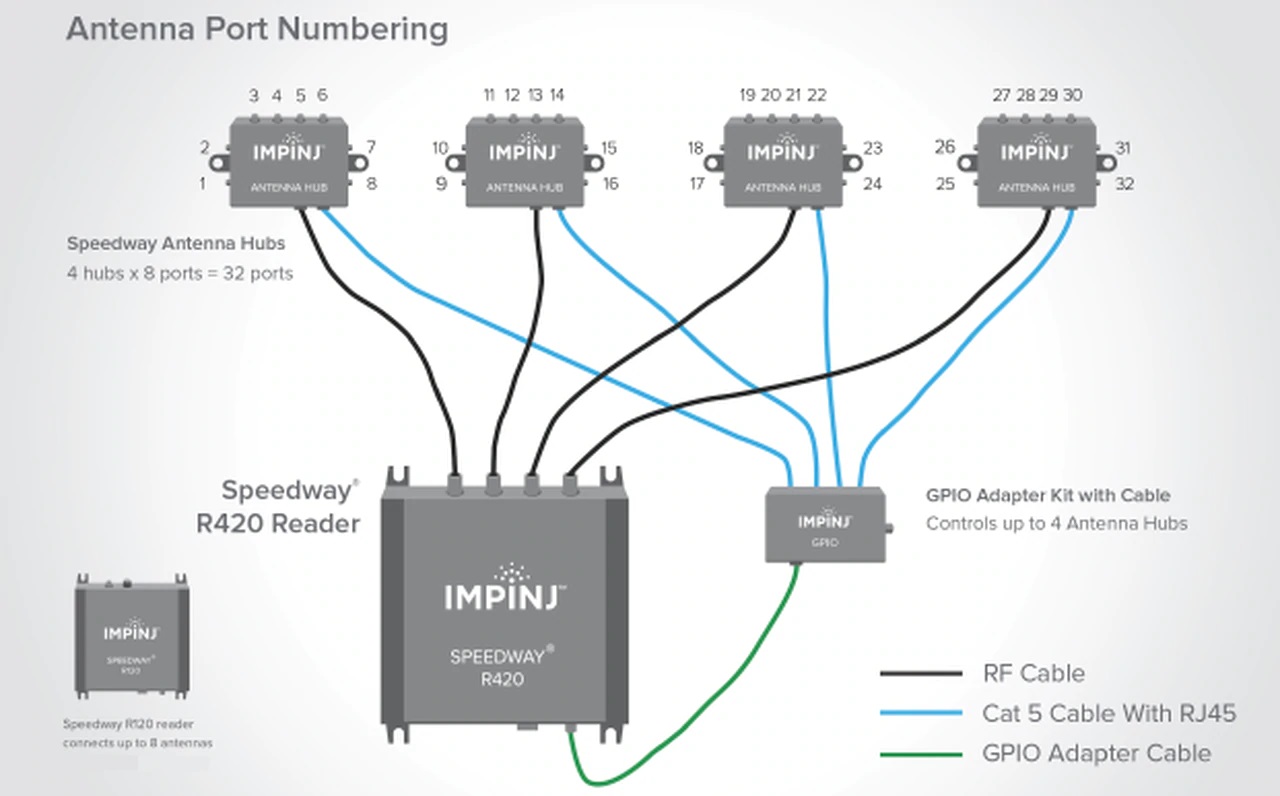 Because an individual RFID Reader can support so many more RFID Antennas with a multiplexer, these systems typically have a lower install and deployment cost. Let’s check out the difference in cost in the hypothetical situation below where you could save $9,000.

Between those two systems, covering the same read area, that is an $9,770 difference in install/deployment costs.

How do Multiplexers Work?

One multiplexer connects to one antenna port via an RFID Antenna Cable and has multiple antenna ports on it – anywhere from 4 to 16.

The Keonn AdvanMux 8-port Multiplexer shown above, has two sides with four individual antenna ports on each and is connected to the RFID reader via the main “In” port on the left. At each of these ports, an RFID Antenna Cable connects to an RFID Antenna, taking one Antenna Port on an RFID Reader and creating room for 8 RFID Antennas.

Multiplexers are typically powered by the RFID reader, but that isn't the only way. 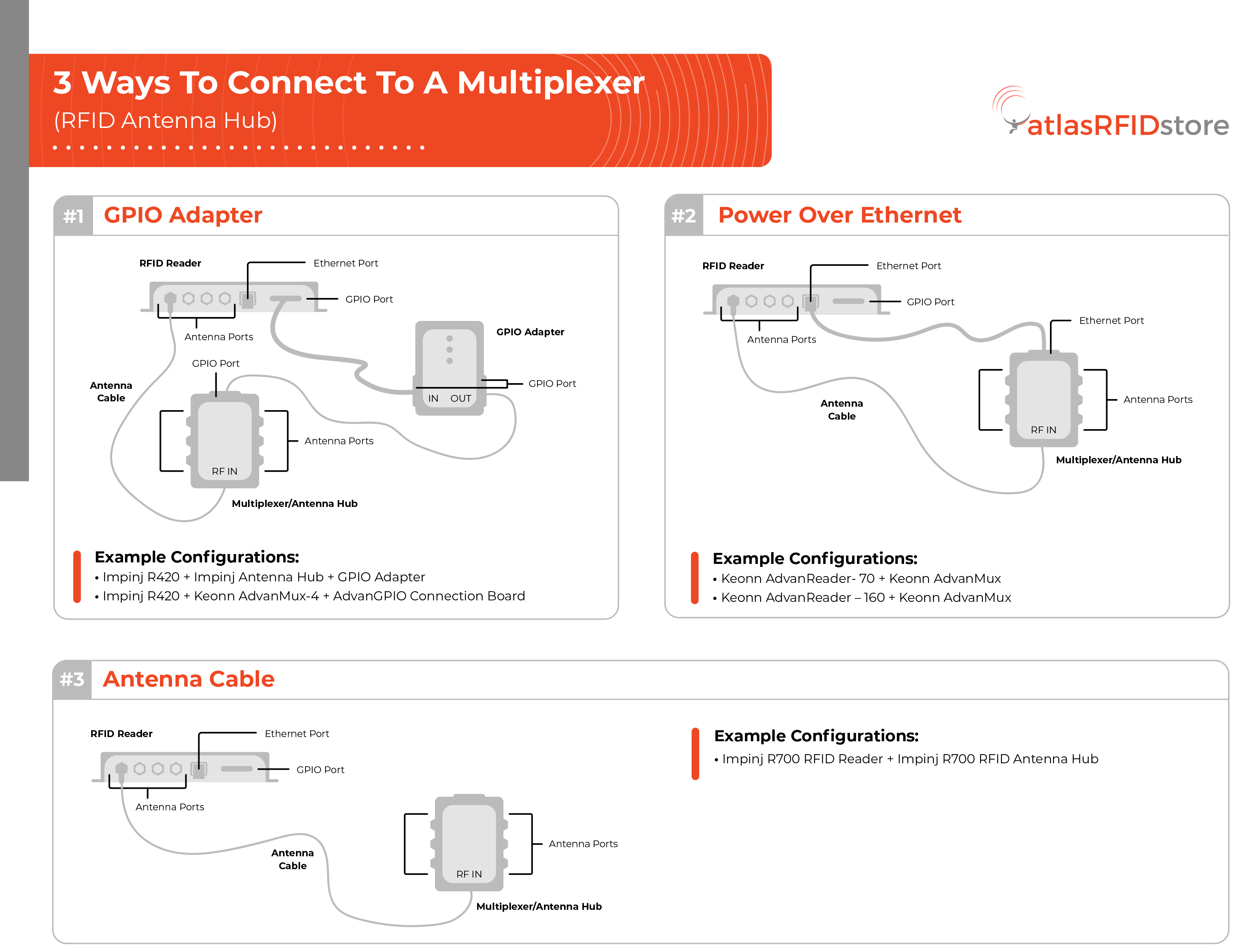 How do Multiplexers Affect my Overall System?

Multiplexers do affect your overall system in a few different ways:

Are There Differences Between Multiplexers?

Yes, Multiplexers do slightly vary depending on a few factors.

For more information on Multiplexers, or RFID Antenna Hubs – or anything RFID, comment below or contact us!

To learn more about GPIO Ports and Devices - checkout the article below.