Even though RFID antennas are not the brains of an RFID system, they are still complex devices that can hinder or benefit an RFID system depending on the application and chosen antenna. For instance, choosing the wrong antenna for a certain application could result in inches of read range instead of feet. Besides the basic guidelines for choosing an antenna like gain and polarization, other factors exist that could take a system’s read range and results to the next level. Beamwidth and directionality are two core principles to grasp in order to make a more informed purchasing decision.

Beamwidth is defined as “the angle between two points on the same plane where the radiation falls to ‘half power’, or 3 dB below the point of maximum radiation.”¹. It can also be thought of as the peak effective radiated power of the main lobe. Most usually think of beamwidth as the horizontal angle on a radiation pattern, but there are two beamwidths – azimuth (horizontal) and elevation (vertical). 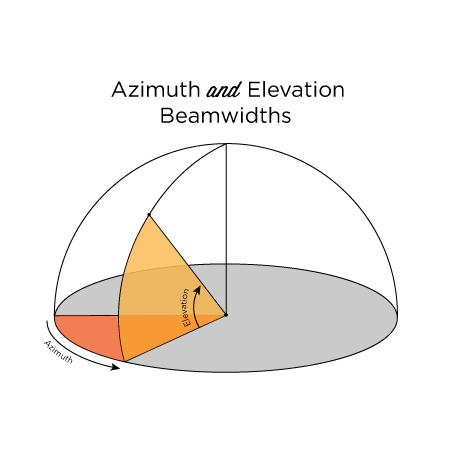 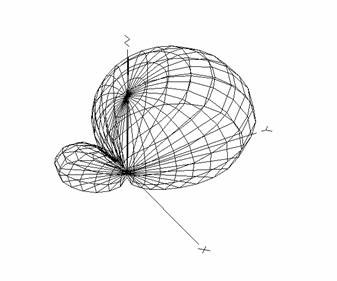 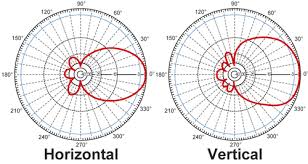 The directivity of antenna is defined as “its ability to focus in a particular direction to transmit or receive energy”¹. The way that an antenna directs its energy is a huge factor in both choosing an antenna and setting up an application. If an antenna is set up in an application and the type and radiation pattern is not known, the tagged items might not be read or be affected by absorption, diffraction, reflection, and refraction. Antennas can be grouped in two different sets based on directivity – isotropic or anisotropic, or omni-directional or directional.

Another important concept to understand about antennas is there are two main types in terms of beams and directionality: isotropic and anisotropic. An isotropic antenna is one which emits an RF field uniformly in all directions. A perfect isotropic RFID antenna, or one that emits radio waves in general, doesn’t exist because the concept violates Maxwell’s equations. Even though there are no true isotopic antennas available to purchase, it is still beneficial to understand the concept because it can aid when learning about gain.

An anisotropic antenna just implies the opposite of isotropic and is defined as an antenna that radiates power differently and unequally in the elevation and azimuth fields. All antennas sold are anisotropic.

Directional antennas are more common and usually have external antennas. Directional antennas emit concentrated RF power toward a targeted area. These antennas sometimes have an azimuth and elevation beamwidth of roughly the same degree in order to provide the perfect ‘beam’ of coverage. The beamwidth (azimuth or elevation) is determined directly by the gain of the antenna– the higher the gain, the more focused the beam. All types of directional antennas exist with different azimuth and elevation angles and gains. Understanding the beamwidth, gain, directionality, and how each of these interact to create a radiation pattern will help when choosing the best antenna for an application.

To learn more about RFID antennas, check out the links below!