Consider all the times you’ve been reminded to bring your x-rays with you to the doctor’s? What if you didn’t need to remember and it was as simple as leaving the house?

Those days aren’t far away if one Pennsylvania researcher has his way. 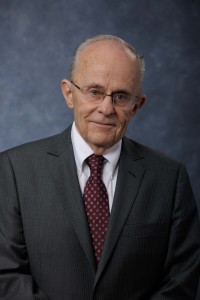 Dr. Marlin Mickle is the executive director of the RFID Center of Excellence.

Dr. Marlin Mickle, executive director of the RFID Center of Excellence in the Swanson School of Engineering at the University of Pittsburgh, says only half jokingly that with his “ortho-tag”, on which he has the patent — and which employs a type of NFC called “TNFC” (for transcutaneous near-field communication) — one will be able to have a hip or other joint replacement and make their and their physician’s life much easier.

How so? Besides being able to brag that, “You’ve got your x-rays with you no matter where you go,” Mickle touts that infections will be diagnosed much sooner than they would if patients were merely waiting for their skin to turn red or run a fever.

Firstly, the Food and Drug Administration is carefully monitoring the implantation of medical devices. If the backstory on microchipping cats and dogs and its subsequent strict guidelines and careful monitoring is any indication, obviously humans would be more stringently protected.

“It’s not on the market,” says Mickle of ortho-tag. “We are waiting for FDA clearance.” He says there are probably one or two competitors in the space that he hopes to capture before too long. “I think we are shooting for having the product available, in market, in the latter part of the third or fourth quarter 2015.”

Pictured are the Ortho-tag and its reader.

The primary concerns for the FDA are fairly obvious.

“The FDA looks at whether or not it will cause any harm inside the body,” says Mickle. “So you have to make sure there’s no toxicity. We used all materials used before and it’s coated properly. And then make sure the manufacturing process is well documented, and make sure it does what you say it does.”

The coating, he says, will be FDA-approved but he hesitates to say more than that.

However, FDA approval hardly seems to be a slam dunk for anyone entering this field. Dr. Arun Venkatasubramanian of Cambridge Consultants, with offices both in the UK and the States, explains why. 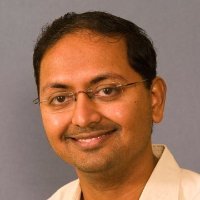 “Although RFID has been quite widely used for several years, there are concerns with security with RFID,” he says.

“If you Google ‘RFID security issues’ you will see how people can hack into a tag. As secure as we all try to make RFID, there is still risk. And one thing the FDA is is risk averse, especially when it involves a life,” Venkatasubramanian adds.

However, Mickle says the device he patented – actually one of over 40 in his long career – which will be mere millimeters, and undetectable to the human wearing it, will not be toxic, of course.

How big is the market?

Yet, as the Baby Boomers — those born between the late 1940s and early 1960s — age, so do their bodies. That means demand has never been greater to track them and their body parts.

According to Mickle, there are 800,000 total hip and knee arthroplasties per year.  The American Academy of Orthopedic Surgeons (AAOS) “projects a 673 percent increase in total knee replacements by 2030.  There is a corresponding 174 percent increase in total hip replacements predicted, too,” he says, adding that the total number of implants is projected to be four million in the coming years.

Example of some of the hardware required in a total knee replacement.

None of this is lost on those already in the medical device business, which includes anyone trying to tap not only the lucrative U.S. healthcare market but the worldwide market.

For example, Cambridge Consultants touts devices such as wireless pacemakers that employ what is called “the Wireless Cardiac Stimulation system (WiCS)”, which, according to their website, uses “a leadless electrode to convert mechanical energy, wirelessly transmitted from an ultrasonic pulse generator, into electrical energy which is used to pace the heart as part of Cardiac Resynchronization Therapy (CRT)”.

And Venkatasubramanian told RFIDinsider that, “THE EBR system uses an ultrasound-based technology, acoustics, so it is not magnetic like NFC or RFID.” Yet, he touts that with this technology his company was able to “solve a problem where people can get to one side of the heart by sliding ... through one side of the aorta…we were the first to solve that problem.”

As with Mickle’s work, though, some of the new technology being developed at Cambridge including EBR is not yet on the market.

The body of the future

Venkatasubramanian shares that there has only been one instance that he knows of of a company having already gained FDA approval and gone to market with a device implanted under human skin. That company was Verichip in 2007, which made, “essentially an RFID chip that gets implanted under the skin and catalogs patients. And immediately, you get to know their medical history.”

Yet, whether or not this becomes as popular as a smartphone remains to be seen, whether that means a battery that can be read for five to seven years or even eleven years but must be replaced, or something as sophisticated as is being developed at Pitt University.

Venkatasubramanian even sites security concerns that could arise if the “wrong hands” wanted to read the chip inside someone’s body. A bit too James Bondy? Perhaps.

But one thing is clear: tracking my joint or yours will be a lot trickier than tracking those joints in Colorado, at least until the kinks are ironed out.