Interested in learning more about RFID Reader Transmit Power? Checkout these 10 facts and comment below if you have a fact or tip to add to our list!

1. Reader transmit power/output power is simply the amount of power transmitted from the reader to the RFID antenna.

This power is measured in decibels-milliwatts (dBm), milliWatts (mW), or Watts depending on the manufacturer’s preference. Here is an example of reader transmit power in all three units of measurement - the  Impinj R700 Speedway Reader has a transmit power of up to:

2. Converting different transmit power measurements in order to compare two RFID readers can be done using the chart below. 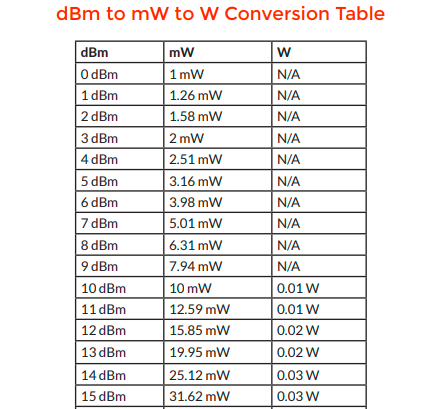 System output power is a more advanced calculation that takes reader transmit power, cable loss, and antenna gain into account to provide the overall amount of energy sent out by the entire system through the RFID antenna(s). The equation to calculate system output power can be found in our article “ How to Confirm to Regional Regulations When Using RFID ”.

5. Although system output power cannot exceed 30 dB in most countries, some readers have a reader transmit power of 31 or 33 dBm in order to account for cable loss.

If all  RFID readers had a maximum transmit power of 30 dBm and used an  antenna cable to connect the reader and antenna(s), very few, if any, systems would be transmitting the maximum amount of allowed power, according to regional regulations. In order to provide users with the ability to receive the most out of their RFID systems, RFID Reader manufacturers allow for most readers to transmit just over the maximum system power output to compensate for a system’s  cable loss.

6. Reader transmit power can be turned down in applications due to too much read range, too many stray reads, and/or exceeding regional regulations for system output power.

9. An RFID reader’s transmit power, measured in dBm, is on the logarithmic scale.

This means that reducing the power from 30 dBm to 27 dBm is not a 10% power reduction as it seems, but a 50% reduction in power. Similarly, if you increase a reader’s transmit power by 3 dBm you are doubling your power.

For more information on RFID Readers and how they affect your RFID system, comment below or contact us! 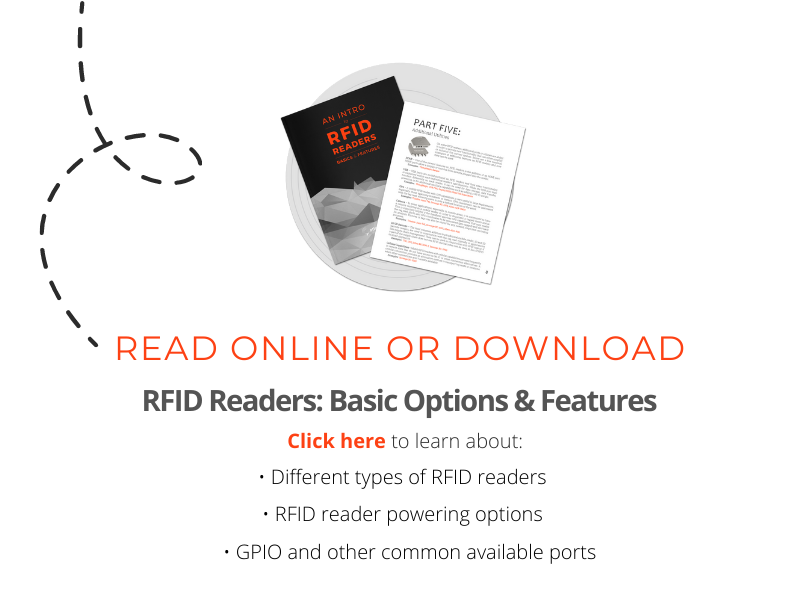 Do you have a fact or tip to add to our list?

Comment below and we might add your transmit power fact along with your name to our ever-growing list. Also - if you have any hints or unique tips from your experience working with RFID readers and finding the ideal transmit power for your application, comment below too!