The International Standards Organization  (ISO) and EPCglobal are two organizations that work together to approve standards and protocols in order to provide universal specifications for RFID equipment. By creating global standards, these organizations enable the possibility of worldwide adoption of UHF RFID. Once ratified, protocols define communication methods approved with the air interface in conjunction with the operating frequency, channel bandwidth, frequency hop rate, etc.

Most  RFID tags and barcodes that contain an electronic product code are governed by standards and guidelines created by EPCglobal. EPCglobal created the standard format for the EPC (Electronic Product Code) number, which includes a header, unique EPC identifier, and a filter value. The organization also developed the standards for Class 1 Gen 2 tags, which were ratified by the ISO to become ISO 18000-6C. Below is a chart of all the tag classes currently recognized by EPCglobal. 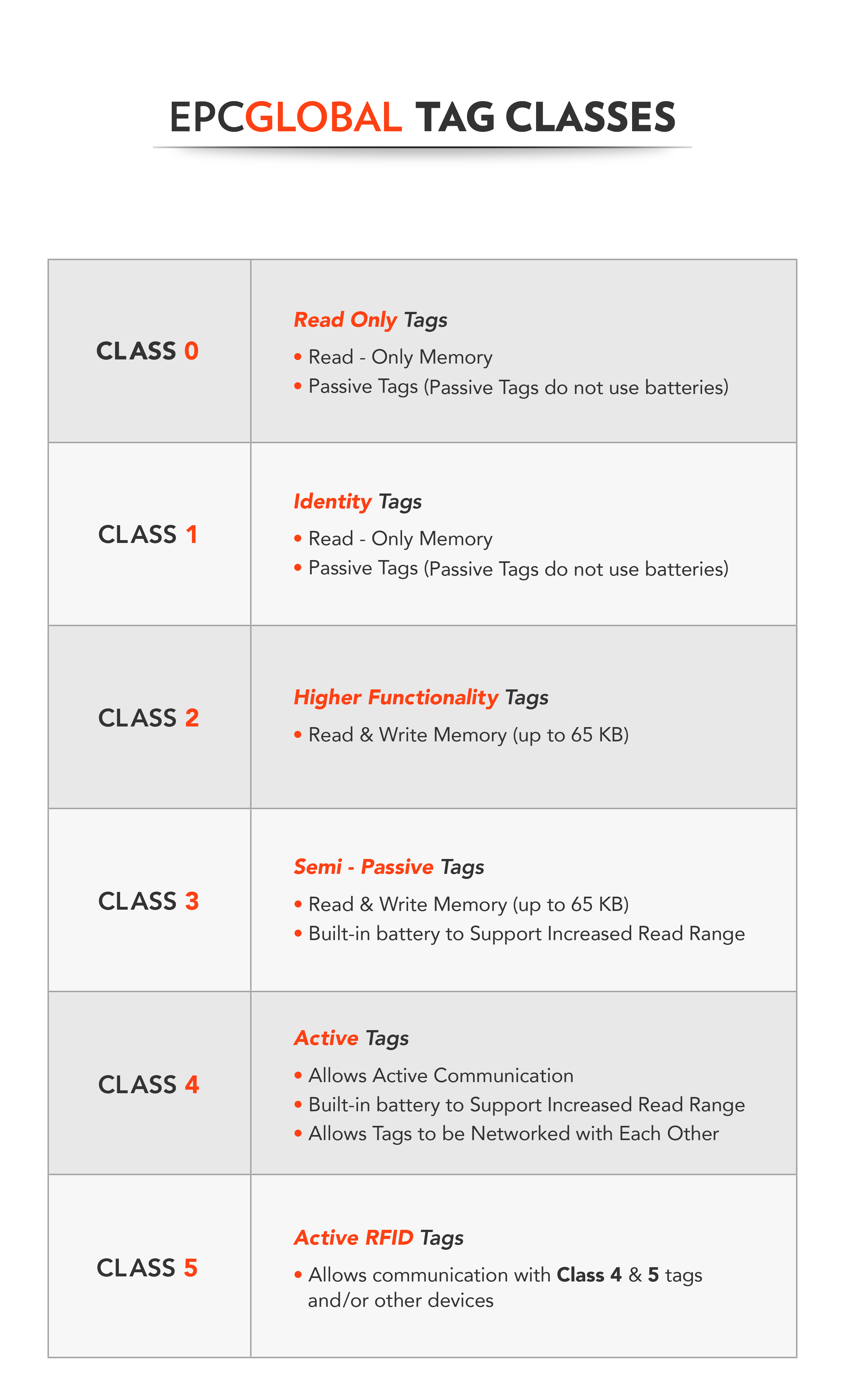 All of the classes set by EPCglobal are approved by the ISO and the World Trade Organization ( WTO). UHF RFID tags use the air interface protocol ISO 18000, a protocol developed to describe reader and tag communication specifications implemented to encourage universal adoption. The importance of this lies in the regulations put in place under the protocol describing the approved communication methods between tag and reader. Below is a chart that lays out the 7 parts of protocol 18000 and what type of technology they affect. 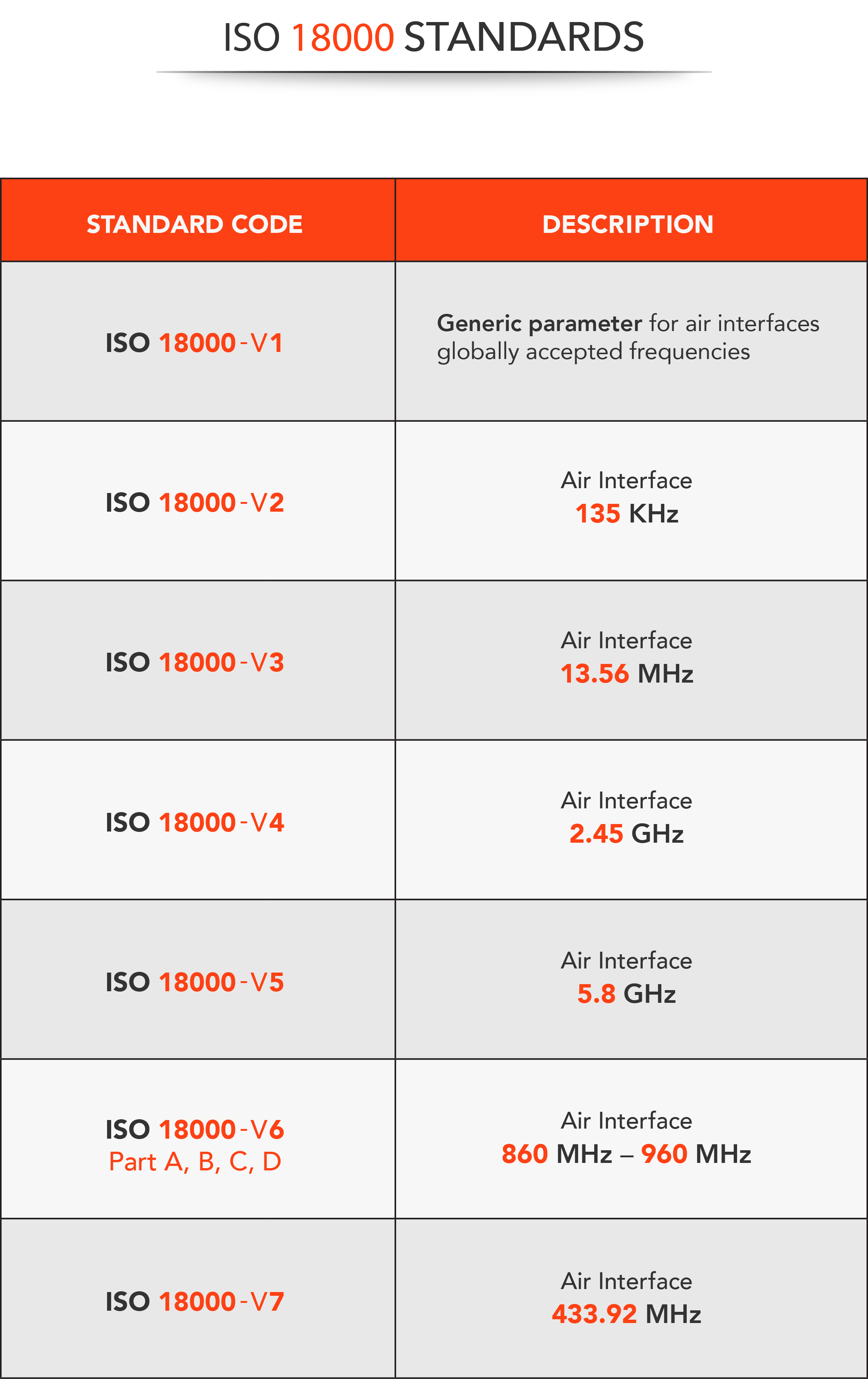 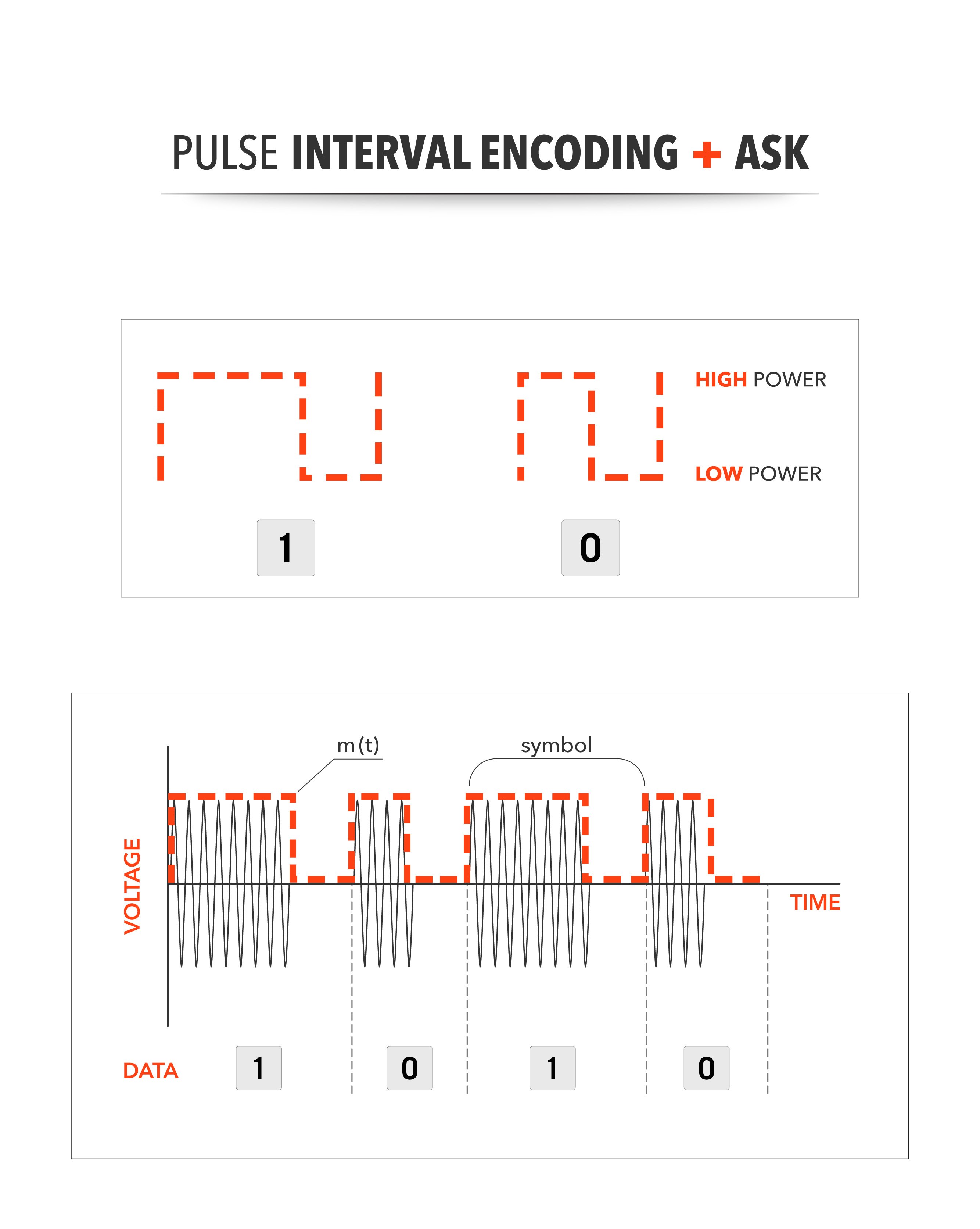 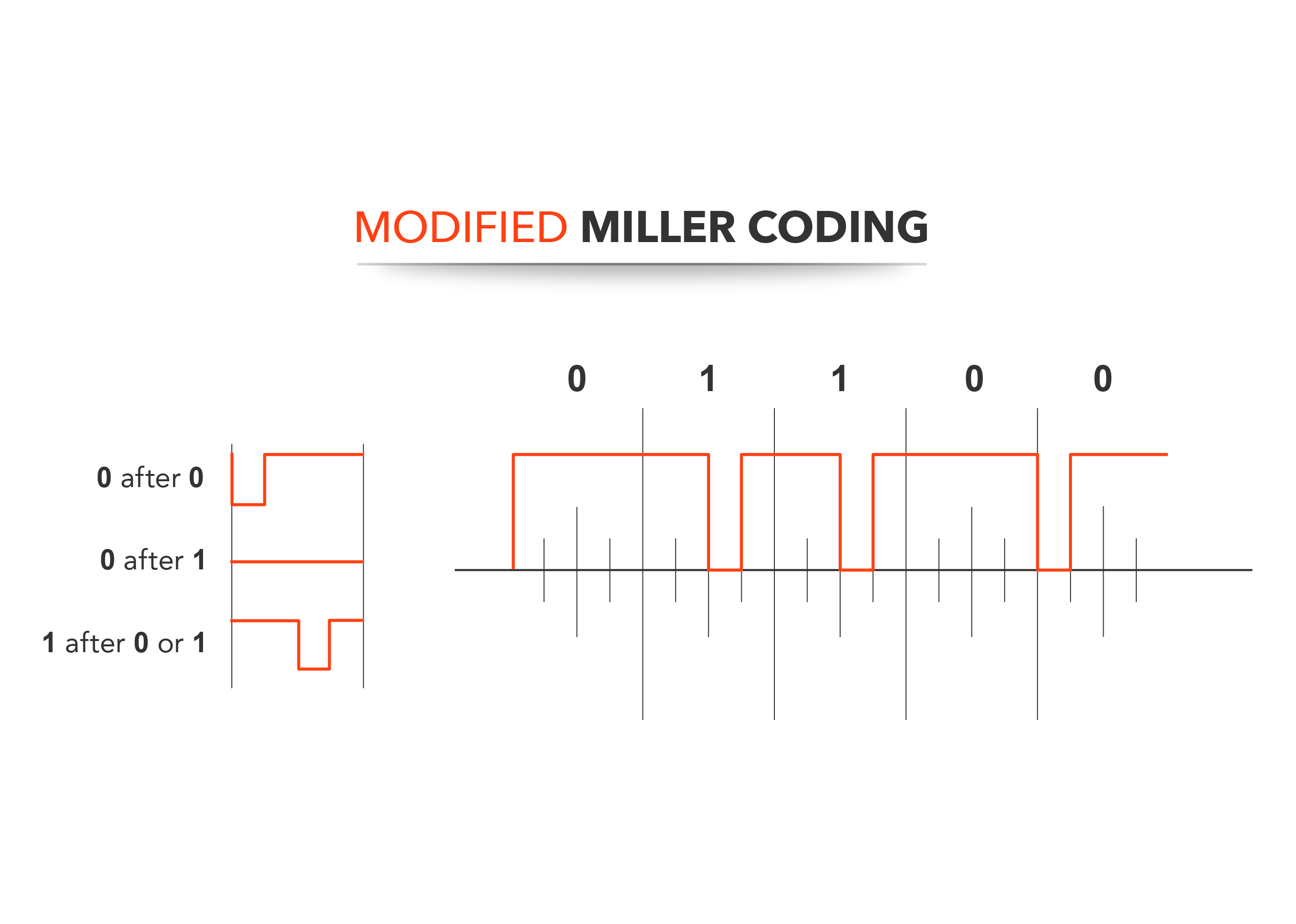 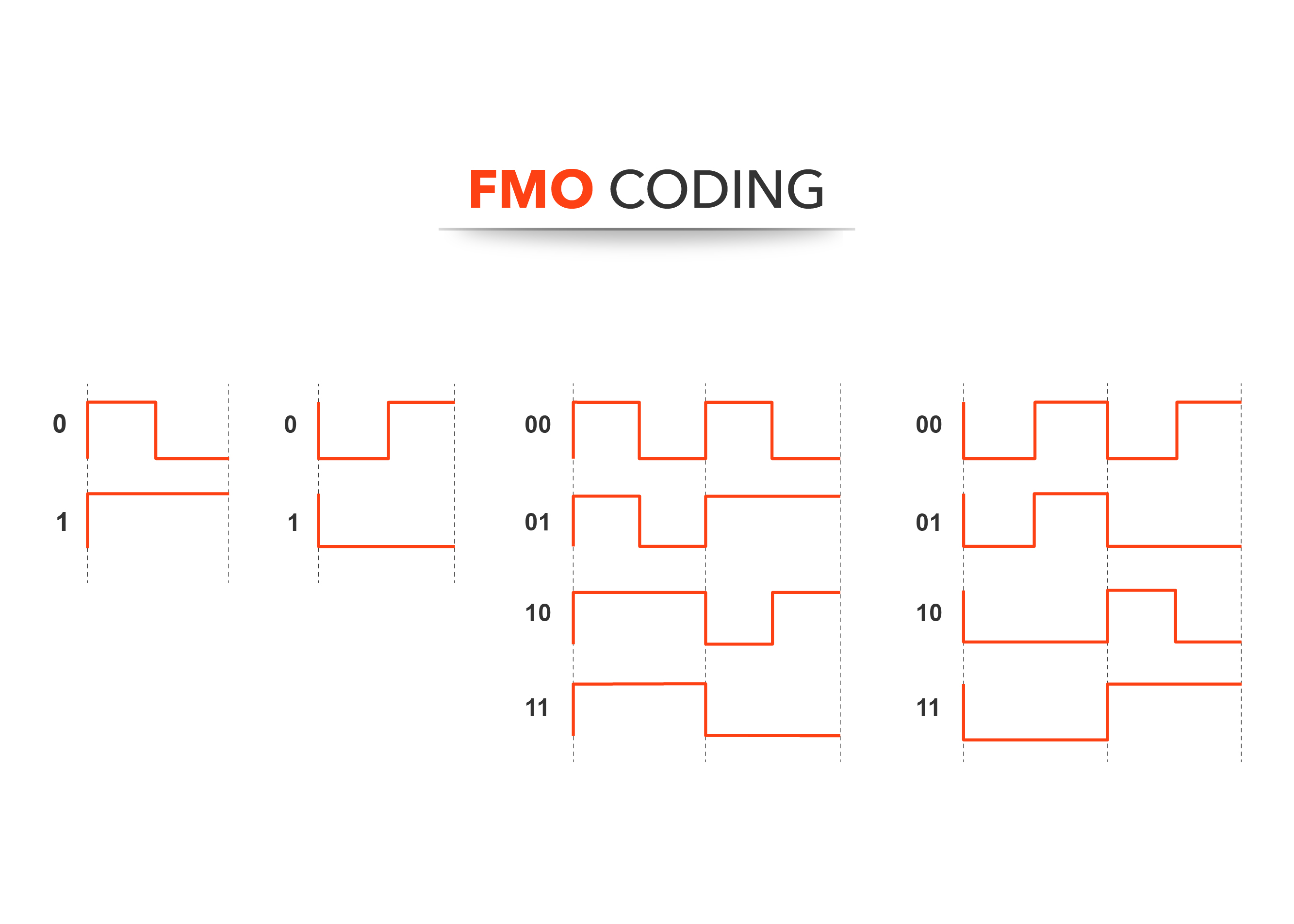 Three outcomes can arise in each slot: tag reply, collision, or no reply. If there is a single tag that replies, the reader accepts the reply by sending an ACK command and repeating the random 16-bit number. When the tag receives the ACK command, it sends the reader its EPC number and is considered inventoried. If there are collisions or no tag replies, the interrogator will complete an additional inventory round until all EPCs are inventoried. This is a very simplistic way to understand slotted ALOHA-type algorithms; for more in-depth knowledge please consult A Novel Q-algorithm for EPCglobal Class-1 Generation-2 Anti-collision Protocol