How Food Manufacturers keep Tabs on your Food

In an age when farm-to-table and understanding your food’s genesis is becoming de rigueur, it’s not a stretch to imagine RFID playing a role – a significant role. Being able to track whether your produce or meat is truly fresh is not only an efficient addition to the manufacturing process, but it could help keep you well.

After all, food-borne illnesses from outdated products are not rare: according to the Centers for Disease Control and Prevention, roughly one in six of us gets sick from contaminated food each year.

Enter the track-and-trace companies, which are having varying degrees of success in the food manufacturing “cold chain” and making aggressive inroads.

One of those deeply involved in the temperature-controlled supply chain is Frequentz of Palo Alto, Calif., which tracks as much as 60 percent of the organic produce manufactured in the U.S.

Advantages of the technology are numerous, not only for produce but other foods such as fish. Michael Lucas, CEO for the company, says that the technology “can be used to mitigate a current problem - mislabeling of fish and fish fraud”, in which inferior types of fish are passed off as something pricier like red snapper or tuna.

RFID also benefits the beverage industry. Lucas sites a twist on the standard beverage dispenser: “The new Coca-Cola freestyle touch screen soda fountains (the ones that have 250 drinks you can customize), use RFID to identify syrup cartridges and track the amount needed. This data helps replenish appropriate amounts of inventory.”

In short, RFID has a ripple effect through all food and beverage manufacturing processes.

“It creates a chain of custody that ensures who, what and where the product came from. Further, it ensures that correct conditions and regulations are in place during transit. It also provides a trace capability, that assists in rapid recalls,” says Lucas.

Kinks in the Chain?

Like all great ideas, though, RFID in food manufacturing has its challenges. For example, the food industry must ensure that material used on RFID tags is safe for implanting on food product packages and livestock as well as making sure government requirements are met worldwide.

HID Global’s Richard Aufreiter, a product manager, says there are definitely many issues to consider.

Sometimes processes must be adjusted based on different live animals, for example, in order to ensure the RFID is implemented according to business needs and requirements. From a global perspective, he also sites “rising concerns about the veracity of the food supply”, which “has drawn attention to its processing and handling practices”. 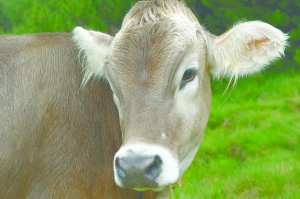 Also, governments are increasing reporting requirements in their attempt to stem potential disease outbreaks, such as the next e coli or “mad cow” contamination.

“Thus, RFID manufacturers have to continue to adjust certain processes to assist their customer in ensuring they are in compliance with government requirements,” Aufreiter shares.

However, Jamison RFID’s Anthony Dublino cautions that too much attention on compliance is one of the most problematic areas of the industry.

“Believe it or not, the biggest challenge to RFID in the food tracking business is the perception that it is only necessary for compliance,” Dublino says. But when a company realizes that RFID can “create efficiencies in operations with reusable assets” in a small and manageable way, the ROI is obvious and they have more success, he says.

Even so, some industry experts find that compliance is just a small driver when food manufacturers employ RFID.

“What I see as the fastest growing segment of RFID in food has nothing to do with compliance at all, and is strictly around the management of assets,” says Dublino, who directs commercial business in North America for Jamison.

“While there are many end game reasons for RFID, what’s causing the shift back to RFID in any manufacturing is asset tracking,” Dublino says.

He also finds that RFID is being used more often because of more frequent food safety recalls and the passing in 2011 of The FDA Food Safety Modernization Act . These regulatory changes mean “the cold chain is adopting RFID technology to help improve visibility and management of food products from farm to fork.”

Indeed, Aufreiter points out that RFID is used to track the very starting point of our food, including back to the slaughterhouse. Customers can find, for example, “where the animal was raised and which treatment it got over its lifetime” as well as its age, breed and slaughterhouse location. 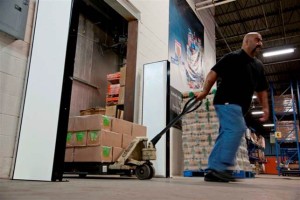 Vegetarians and vegans uncomfortable with this idea can rest easy remembering that RFID is just as popular with produce manufacturers, who must ensure that their tomatoes and cabbages are not only tasty, but safe to eat.

One of the ways this is done is by tagging boxes or items that contain food during production and making sure they aren’t spoiled and that, as importantly, “the customer receives the correct product,” Aufreiter says.

To read more about RFID applications, check out the links below!