#1 - Penguin Performance at the Cincinnati Zoo 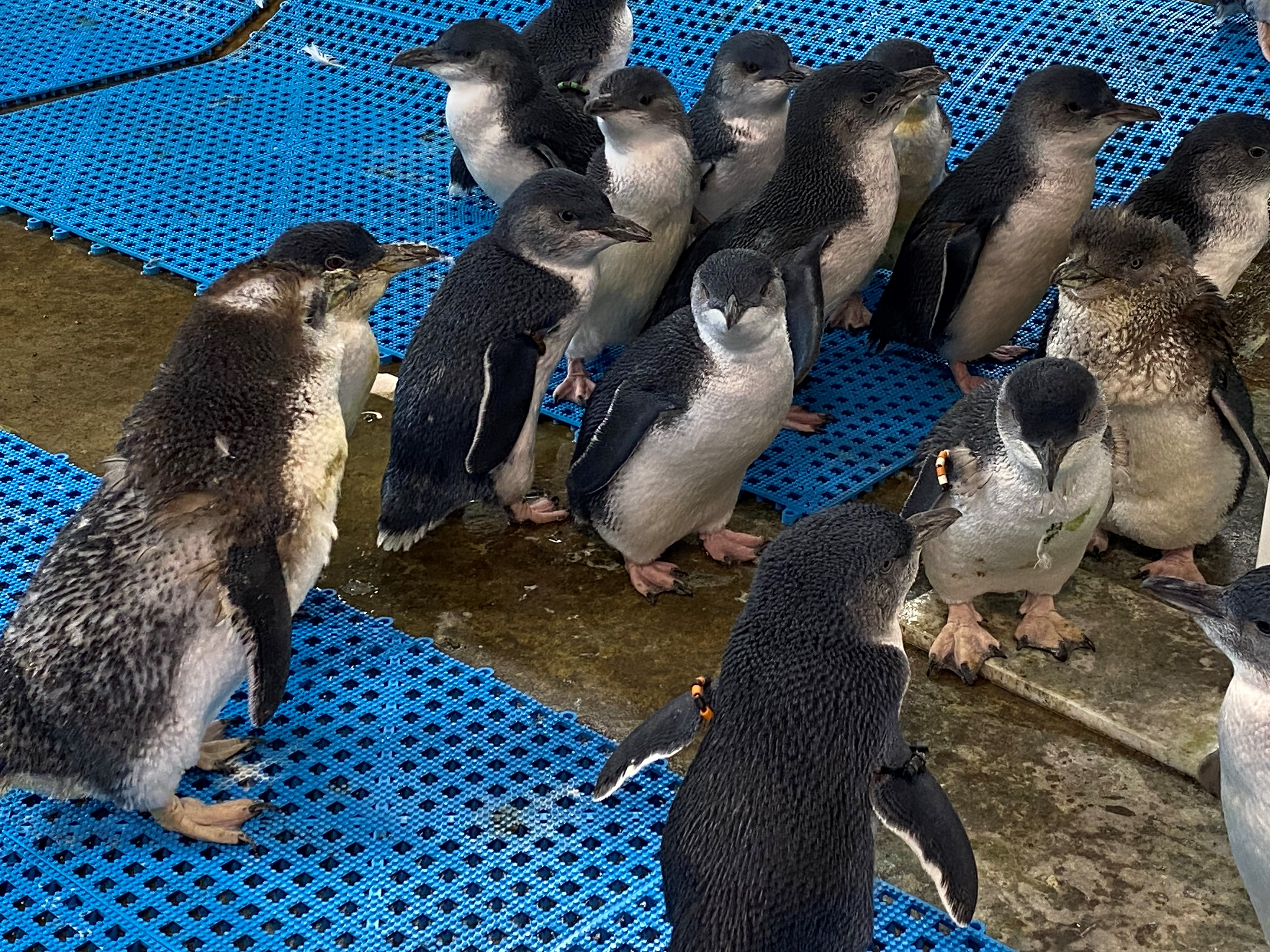 After taking a new, technical approach after decades of different strategies, one of Cincinnati Zoo’s Head Zoo Keepers is finally successful in enticing Little Blue Penguins to swim more frequently. Head Keeper Ricky Kinley has taken on new strategies to get the penguins in his care to swim more often so they can avoid a potentially problematic condition called Bumblefoot. Bumblefoot can develop on the feet of birds, rodents, and rabbits from standing for long periods causing inflammation and tiny cuts that allow a bacteria to infiltrate and infect their feet. In order to reduce the chances of Bumblefoot, Ricky Kinley has been trying to keep the penguins in his care swimming for longer periods of time, previously using activities, games, or food to keep the penguins in the water. However, he found little success until he tried RFID.

By placing waterproof RFID tags on each penguin’s wing that are read by RFID Antennas scattered around the exhibit, zookeepers are able to monitor each penguin’s behavior. The RFID readers and other equipment are securely housed and constantly receiving and sending data pertaining to the penguins in the exhibit. Using RFID technology to record penguin’s behavior over time in correlation with the environment led them to discover that the penguins swam more when the water in the exhibit was warmer. After this breakthrough, Head Keeper Ricky Kinley placed heated rocks in the penguins pool in order to keep the water at their ideal temperature. Data about these penguins is still being collected at the Cincinnati Zoo with the help of their custom RFID data collection system. Cincinnati Zoo explains in the video below how this data collection system powered by RFID could be a revolutionary feature in animal exhibits everywhere - and even could have a zoo patron-facing element!

Watch the interview here below - 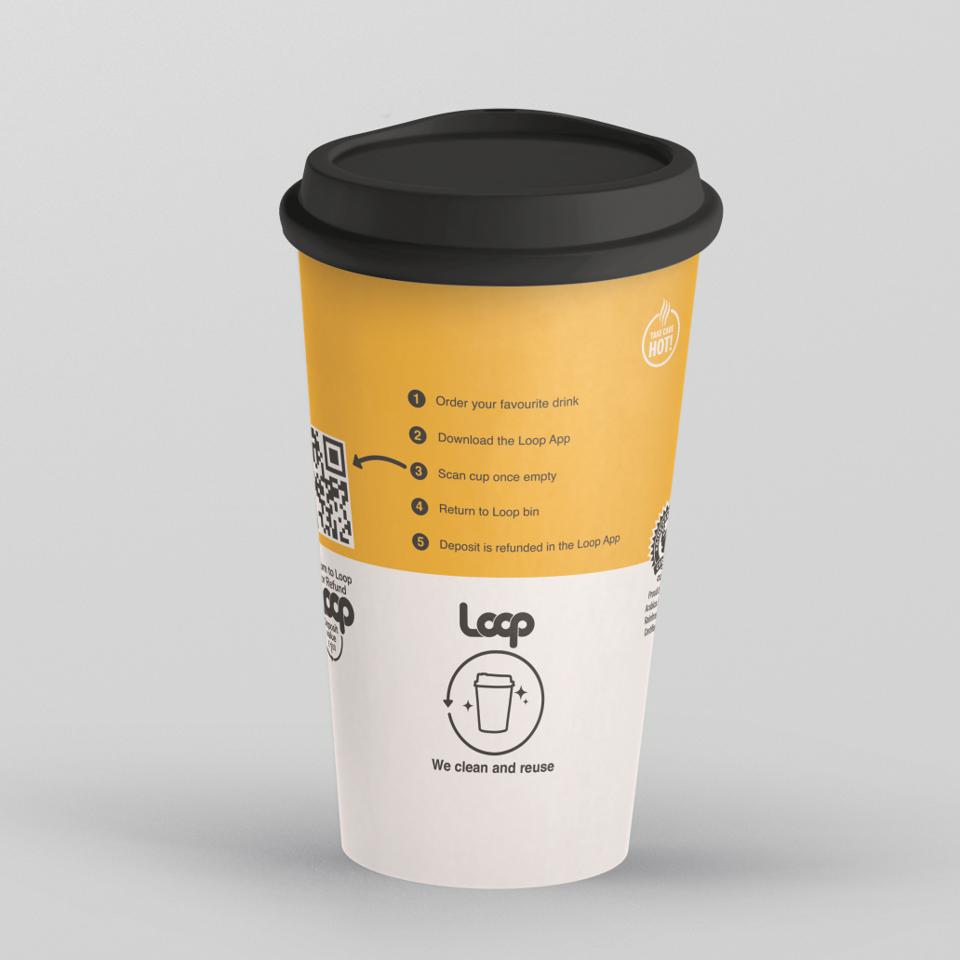 With many large companies starting to focus more attention on their environmental footprint, it’s no surprise that these environmentally conscious projects will need a way to track data to determine success. That’s where RFID comes in.

Project “moonshot” - a two-year old project set out to eliminate waste, launched its pilot program mid-February of 2021 and was derived from the NextGen Cup Challenge led by Starbucks and McDonalds. The project found downsides to any disposable cup, no matter the material, and instead started focusing on reusable, durable cups and a system that involved ‘collecting, cleaning, redistributing, and digitally tracking’ each cup. Of the two trials that went live - one in San Francisco and one in Palo Alto. The Palo Alto trial includes cups with embedded RFID tags so that the cups can be tracked digitally throughout the process, developed by a company called CupClub. The San Francisco pilot uses and tracks data through QR codes, through a company called Muuse.

CupClub has been selling this reusable cup system to companies stating that using ‘reusable cups can reduce landfill waste by as much as 40%’. CupClub currently partners with companies like McDonalds, Wendys, Starbucks, Google, Nestle, and many more huge global brands and creates a program designed to fit their needs. This reusable cup company sells their RFID-enabled reusable cups along with their services which includes ‘delivery and collection cups daily, track, wash and return based on the volume needed.' RFID Readers and Antennas throughout the cycle, read the cups and store information about how often they go through the process, where they were picked up, etc. in order to gauge the success of the program. 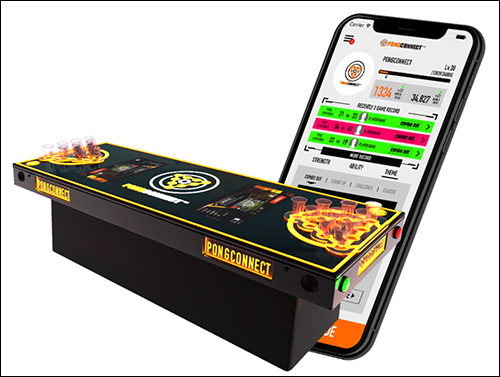 Beer Pong has officially gone digital, thanks to Atalon Ventures in Hong Kong. After a friendly dispute in a beer pongmatch couldn’t be resolved by Steven Yip and a friend, the concept of a beer pong digital scoring was born. One of the problems frequently experienced by beer pong players is forgetting or losing score while playing, because as the game goes on, each player gets more inebriated, thus more likely to forget the score.

The solution is PONGConnect -a full-size, HF RFID system in the form of a colorful LED table that takes Beer Pong to the next level. On top of the table, are 10 recessed spaces on each end for specific disposable cups, an LED screen on both sides, and a ping pong ball with an HF RFID chip inside. Underneath the table are 22 HF RFID readers and 20 HF RFID Antennas, all operating according to the ISO 15693, specifically placed underneath and in between the above table cups. Each time the smart Pong ball is thrown, one of the reader antennas picks up the tag in its vicinity and reads the HF tag’s ID. If the ball lands in the cup, the reader antennas underneath that cup will read the RFID tag and add points to the opposite team’s score. If the ball doesn’t land in a cup, the antennas between the cups will pick up the tag read and assign the opposite team no points with the specific throw.

The PONGconnect app is used to keep account data and player information, scoring, and allows for players to challenge others across the world. Because everything is connected on a digital app, Beer Pong is now an e-sport that can be played anytime, anywhere on a PONGconnect board, powered by RFID.

We hope you enjoyed the RFID industry update featuring some of the latest innovative RFID applications coming to towns around you. For more information on all things RFID, comment below or contact us.

Comment below if you have seen or used one of these RFID applications and let us know your thoughts!