With an RFID reader onboard, NASA astronauts maximize use of space in space.

NASA has deployed its “Project RFID” for use on the International Space Station (ISS), which includes using an RFID reader with both barcoding and RFID capabilities. This technology overrode the agency’s old system, “a very old Dolphin barcode reader”, according to the space agency.

The modern reader was designed to interface with an existing inventory management system, a boon for both astronauts in space and ground control in Houston. And, since RFID doesn’t require a line of sight, an ISS crew member’s job is greatly eased. 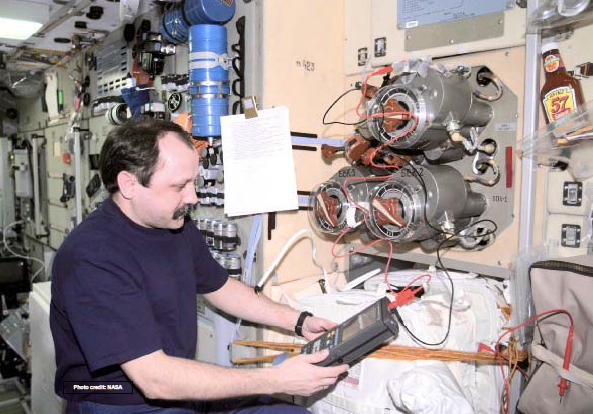 NASA wanted a real time location system (RTLS) in order to minimize an  astronaut’s time spent taking inventory and managing stowage logistics onboard the ISS, shares Univ. of Texas Arlington Engineering Professor Erick Jones, whose expertise in RFID was tapped prior to the launch of the space agency’s RFID system almost a decade ago.

Think about it: if you ever feel guilty wasting time at your boring restaurant or retail job here on earth, imagine how you might feel wasting that time in Zero Gravity (0G)?

Such were the concerns of NASA, says Jones.

“When we first started [working together], the biggest challenge was the amount of food [on board]. In ‘04, ‘05 they [NASA] had not kept track of how much food [was being eaten by astronauts]…[And up on the ISS], space is a premium on these $450 million-dollar-missions.”

By 2006, among other pressing issues, it had become critical to know how much food was onboard and how fast astronauts were consuming it. Interestingly, Jones says, ISS staff food is burned, unlike here on earth where we can gauge our food consumption by bags tossed in the trash or cans in the blue recycling bin.

He says that tracking these candy bars or other food items is problematic because the wrappers are also burned. 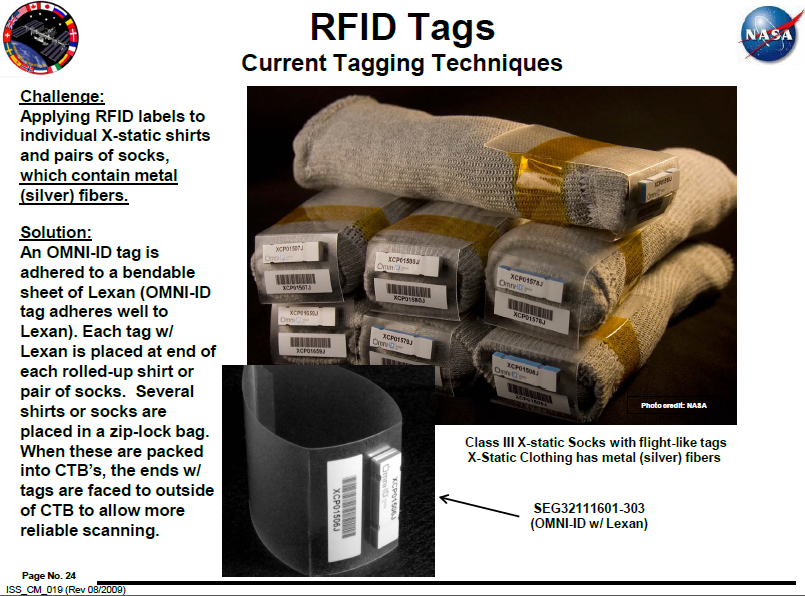 Of course, many, many other items are tracked and have been tracked even before the implementation of RFID. The ISS was launched before RFID onboard was, way back in 1998.

In its 2005 document, “ Use of Radio Frequency Identification Technology for International Space Station Inventory Tracking”, NASA said that,

“The current inventory management system (IMS) has been successful in keeping track of 96.84% of more than 8,000 items on the Space Station, and is used to locate hardware required in the crew’s daily activities, audit consumables to ensure adequate resupply, and plan future stowage locations. Barcode labels are attached to Space Station stowage rack locations, each cargo transfer bag (CTB), and individual items aboard the Space Station—with the exception of items that are too small to be tagged and consumables such as food, clothing, and office supplies, which are not individually tracked.

They went on to say that with an RFID system, the reader’s antenna emits radio signals which are then received by the tag’s antenna, and which can be powered via battery or by the radio frequency energy from the reader’s pulse.

They continued by saying:

“The tags respond with a unique code, which is pre-programmed in the tag’s microchip. After the reader antenna receives and decodes the signal, the antenna sends the information to a computer via a standard interface; this information is accessed through a database.”

That database is at the Johnson Space Center (JSC) in Houston, where staff is monitoring what is happening not only with its astronauts – after all, ISS is a multi-national satellite including cosmonauts from Russia and elsewhere – but with the food and miscellaneous items required for long-term stays in space.

Jones says that, “They have equipment on board. When I say an RFID system, this includes a reader and a tag—you have a transmitter on board, and tagged items. Now, once a transmitter reads it [the item] it transmits back to a database. Some of it [database technology] is on earth and some is on the ISS.”

How it all began

NASA was introduced to RFID by contractors Barrios Technology in 2004 in conjunction with Jones — who was then at University of Nebraska Lincoln — as well as other academics from University of Colorado Boulder and Prairie View A&M, as well as engineers at Jacobs Engineering and Teledyne Brown Engineering.

“We were funded for over five years to get this RFID on the ISS and did,” Jones says.

But it wasn’t necessarily easy, especially because Jones’s team had to throw out old ways of thinking.

“One of the toughest parts [of implementing a system like this] is going from the theory in the classroom [to actual implementation].”

“At the time, astronauts were using Palm Pilots,” he adds with a chuckle. This was around 2003, 2004. “We tried RFID with Palm Pilots. [We said], ‘This should work; it’s not working.’ We moved to smartphones, what I call smart iPhones, [and] looked at what protocols [would be required if] one used this technology.”

They examined antenna use, evaluating use in a laboratory versus onboard the ISS, and how astronauts and staff would integrate that into operations.

By 2010, Jones says, the technology went onto the ISS. NASA documents show it went into formal use by August the following year.

Items aboard the ISS are small, unique and irreplaceable oftentimes. These items cost $30 USD per gram to launch, according to NASA literature, and as Jones points out, time is money aboard these multi-million-dollar missions. 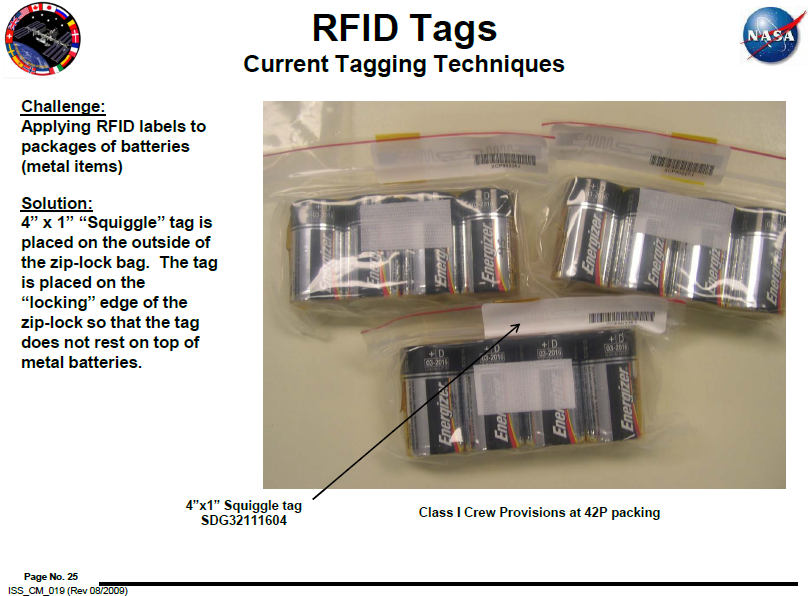 Yet, in addition to the issues of international communications, time and money, another equally compelling reason for RFID at the ISS is obvious and very practical.

“[How much astronauts have consumed] has to be communicated back and forth [to the JSC] so they know how much to send up,” says Jones.

To read more about real-world RFID applications, check out the links below!